Peterhof is Russia’s answer to Versailles. The place where you will find hundreds of fountains and statues – some people call it The Kingdom of fountains.

Peterhof is located on the southern shore of the Finnish Gulf 14 miles (29 kilometres) away fr om St. Petersburg. It is a place to visit during the summer when the fountains are operating. In good weather it is well worth spending an entire day here, enjoying the various palaces, the parks, and the sea view.

The history of Petrodvorets (called Peterhof until 1944 and then renamed back in the 1990s) begins in 1704 when Peter I built a wooden house on the Gulf while overseeing the construction of the nearby Kronstadt Fortress. In 1713 he began transforming the area into an imperial residence. The palace was inaugurated in 1723 and later expanded by Empress Elizabeth.

With its commanding views of the Baltic, Peterhof is a perfect expression of triumphalism. Originally designed by Jean Baptiste Le Blond, the Grand Palace (1714-21) was transformed during the reign of Elizabeth when Bartolomeo Rastelli added a third floor and wings with pavilions at either end. He tried to preserve Le Blond's early Baroque exterior, but redesigned the interiors, indulging his love for gilded Baroque decoration. Peterhof stands at the centre of a magnificent landscaped park, with both French and English gardens.

The Grand Palace dominates the estate. Similar in scale to Catherine's Palace in Pushkin, it is filled with lavish rooms and galleries. The rooms are standard palace material: gilt and mirrors, "Chinese" rooms, thematic rooms (like the Chesma Hall with its endless artistic renditions of the Russian victory over the Turks at Chesma Bay in 1770), a room filled with portraits of little girls, fancy drawing rooms and bedrooms, and so on.

The estate includes several other mini-museums and mini-palaces. The outwardly-modest Monplaisir Palace, which Peter I preferred to the Grand Palace, has a nice sea view and several interesting rooms, such as the State Hall where Peter would force his guests to drink huge quantities of wine until they passed out. The nearby Hermitage Pavilion, which also has nice views and artwork, is a highbrow two-storied dining room where guests sitting on the upper floor ate and drank in peace, occasionally lowering the table to the ground floor wh ere servants did their thing (refilled wine glasses, replaced dirty plates, and spat in the beef stroganoff).

Again, Peterhof is the kingdom of fountains. There are 144 fountains, all operating without the use of pumps by a combination of naturally generated water pressure and magic. Each fountain is unique and once you step in the area of the kingdom of fountains you will be surprised by this splendid oasis, a reminder of the beauty that man can create. 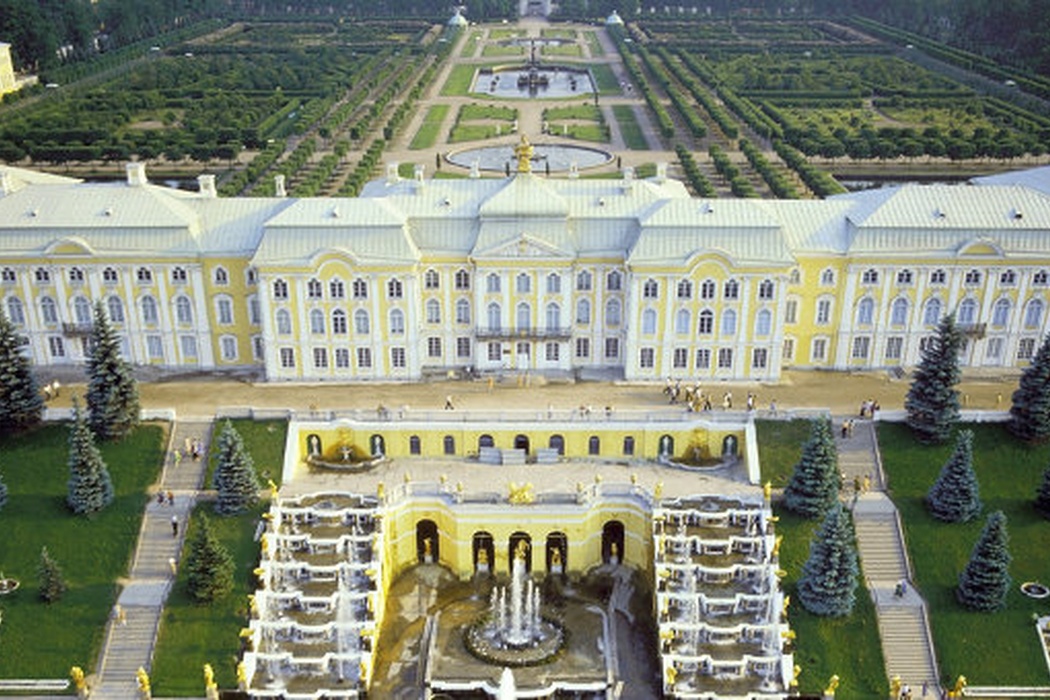 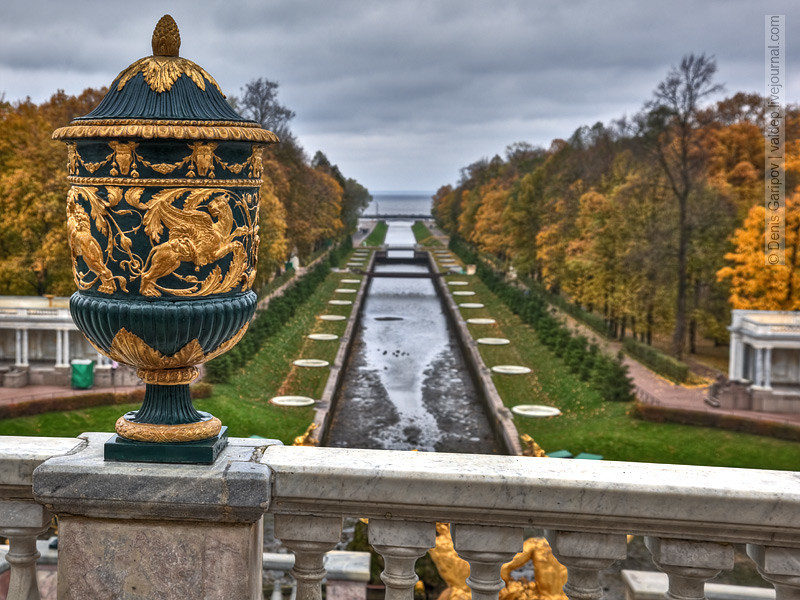 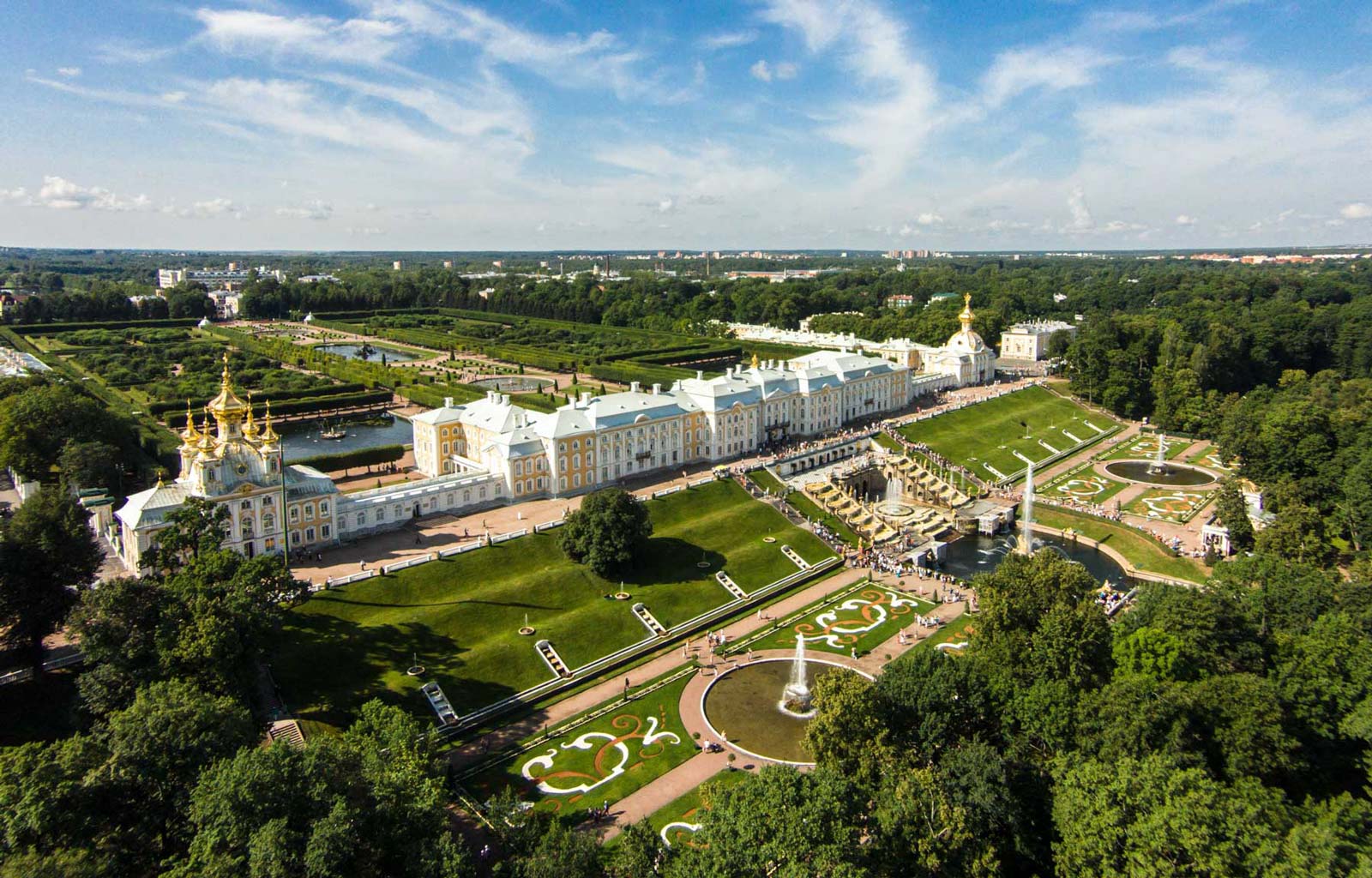 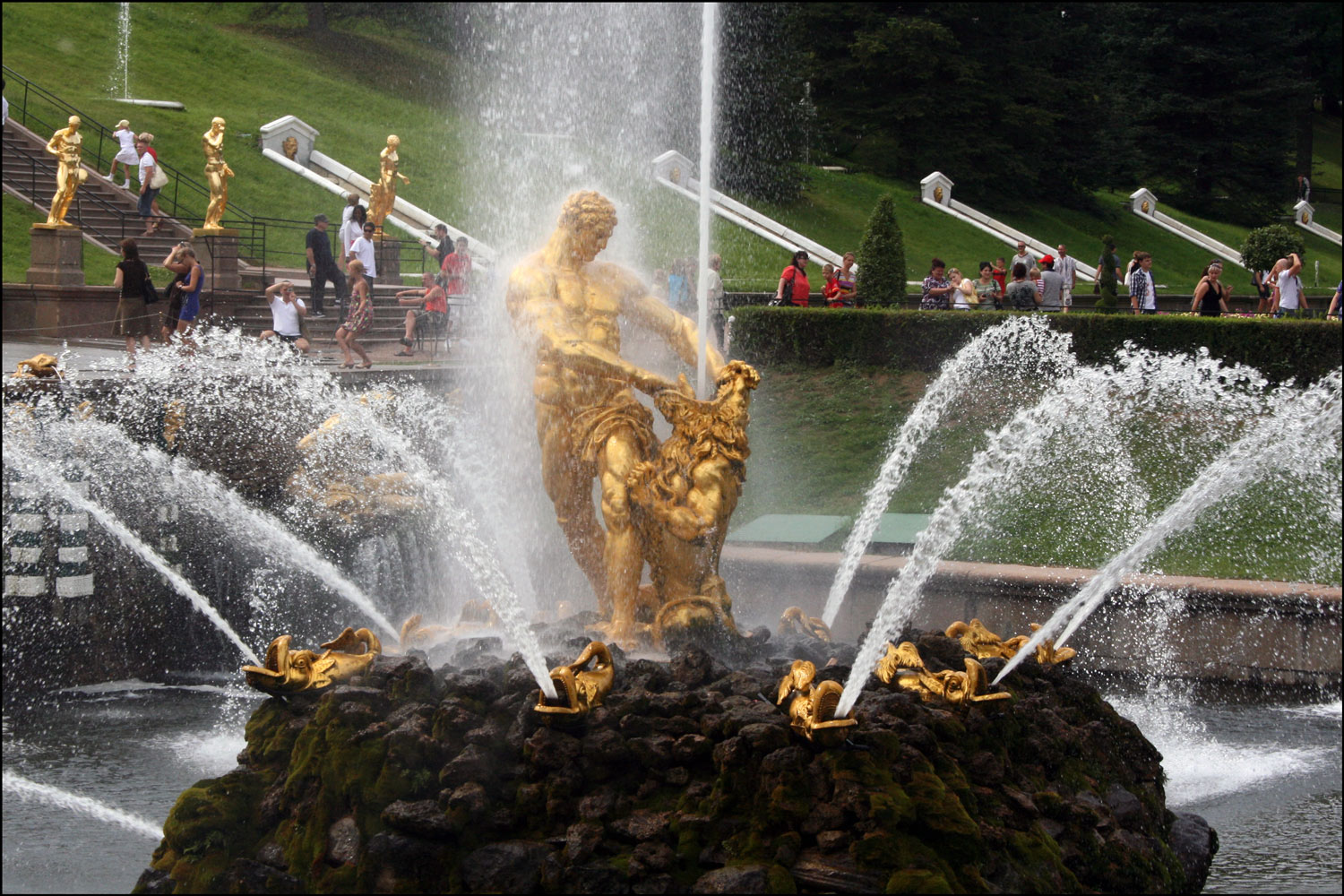